An Evening With David Simon

On April 22, 2018, David Simon, writer and producer of the award-winning TV series "The Wire" and "Homicide: Life on the Street," spoke with University President Jay A. Perman, MD, at the Sagamore Pendry Hotel. 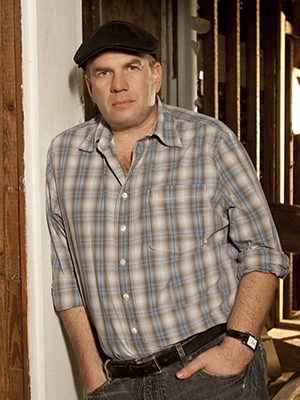 David Simon is a Baltimore-based journalist, author, and television producer. Born in Washington, he came to Baltimore in 1983 to work as a crime reporter at The Baltimore Sun. While at the paper, he reported and wrote Homicide: A Year on The Killing Streets, an account of a year spent with the city homicide squad, and The Corner: A Year in the Life of an Inner-City Neighborhood, recounting the time he spent on a West Baltimore drug corner.

Homicide became the basis for the NBC drama, for which Simon worked as a writer and producer. The Corner became an HBO miniseries and won three Emmy Awards in 2000. Simon’s TV show “The Wire,” airing on HBO from 2002 to 2008, depicted Baltimore as a dystrophic American city contending with a fraudulent drug war, the loss of its industrial base, political and educational systems incapable of reform, and a media culture oblivious to all of it.

Simon served as a writer and executive producer on HBO’s “Generation Kill,” a miniseries portraying U.S. Marines in the early days of the Iraq conflict, and he co-created the HBO series “Treme,” following life in New Orleans after Hurricane Katrina. “Treme” was nominated for two Emmys: Outstanding Writing in a Miniseries and Outstanding Miniseries. Simon’s most recent project is the HBO miniseries “Show Me a Hero.”

Simon writes for The New Yorker, Esquire, and The Washington Post, among other publications.