An Evening With Michele Norris 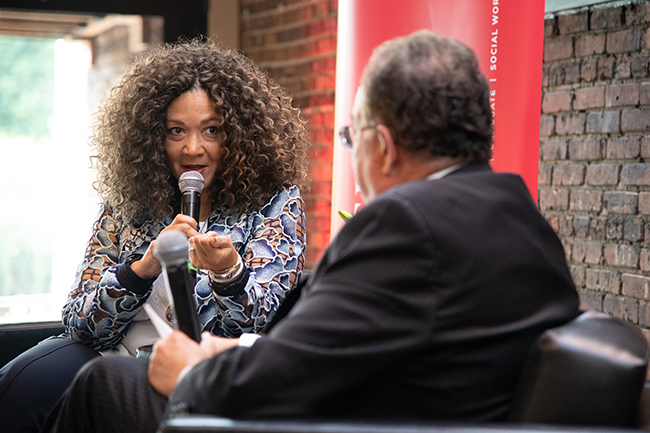 Michele Norris is a Peabody Award-winning journalist, founder of The Race Card Project, and executive director of the Bridge, the Aspen Institute’s program on race, identity, connectivity, and inclusion.

For more than a decade, Norris served as a host of NPR’s longest-running program, “All Things Considered,” where she interviewed world leaders, American presidents, Nobel laureates, and leading thinkers and artists. She has produced in-depth profiles, interviews, and series for NPR News programs, as well as special reports for National Geographic, Time Magazine, and ABC News.

In 2010, Norris published a family memoir, The Grace of Silence, unearthing family secrets that raised questions about her racial legacy and shed new light on America’s complicated racial history. To continue this exploration, Norris created The Race Card Project, which fosters open and candid conversations about race in America.

Before joining NPR in 2002, Norris spent nearly 10 years as a reporter for ABC News in the Washington Bureau. She has also worked as a staff writer for the Washington Post, Chicago Tribune, and Los Angeles Times. In 2014, Norris earned a Peabody Award and the Distinguished Dialogue Award for her work on The Race Card Project.

In 2009, she was named “Journalist of the Year” by the National Association of Black Journalists, which recognized Norris for her coverage of the 2008 presidential campaign. During that election cycle, she and NPR’s Steve Inskeep began The York Project, a groundbreaking conversation about race in America, which earned the pair the Alfred I. DuPont—Columbia University Award for excellence in broadcasting.