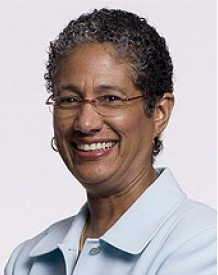 On July 1, 2013, Rodgers was appointed vice chancellor for interprofessional programs at Rutgers University Biomedical and Health Sciences. She also was named the Hunterdon Chair in Interprofessional Education at Rutgers-Robert Wood Johnson Medical School, where she is a professor in the Department of Family Medicine and Community Health. Prior to these appointments, Rodgers served as the fifth and final president of the University of Medicine and Dentistry of New Jersey (UMDNJ) from Jan. 1, 2012, to June 30, 2013. From April 2006 to June 2013, she also led UMDNJ’s academic and clinical operations as executive vice president. She served as UMDNJ chief of staff from 2005 to 2006. From 1997 to 2005, Rodgers was senior associate dean for community health at the UMDNJ-Robert Wood Johnson Medical School.

Prior to joining UMDNJ, Rodgers was professor and vice chair in the University of California, San Francisco Department of Family and Community Medicine and director of the San Francisco General Hospital (SFGH) Family Medicine Residency Program. She also served as family medicine chief of service at SFGH. From 1994 to 1996, she served as chief of staff of SFGH.

Rodgers received a Bachelor of Arts in psychobiology from Oberlin College and graduated from Michigan State University College of Human Medicine. She completed her family medicine training in the Residency Program in Social Medicine at Montefiore Medical Center in the Bronx. She is board certified in family medicine and is a diplomate of the American Academy of Family Physicians. 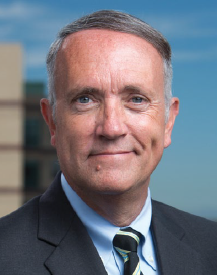 ‌Black is vice president for university life and services at the University at Buffalo (UB) in New York, serving as the senior student affairs and sustainability officer. He is also an associate professor (adjunct) in the Graduate School of Education. Black has been active in student affairs and professional associations. He is active in organizations in supporting higher education and the student experience, including leadership roles in the National Association of Student Personnel Administrators, the American College Personnel Association, and the Association of Public and Land Grant Universities.

During Black’s UB tenure, student service units have been recognized multiple times for national awards, most recently including the CASE Circle of Excellence Gold Award for social media and platforms, the national “America’s Best Building of the Year” by BUILDING magazine, and the National Association of College and University Food Services’ “Residential Dining Concept of the Year.” Involved in the community as a volunteer, Black currently leads Buffalo Prep, an acceleration program for talented minority economically challenged students aimed at high school and collegiate success, and is chair-elect of the Buffalo Philharmonic Orchestra.

He did undergraduate studies in English and political science at UB, where he received his Juris Doctorate from the law school. He is also a graduate of the Harvard University Institute on Educational Management and has participated in National Employment Law Institute and Indiana University Philanthropy School programs. Black resides in Buffalo with his wife, Leilani, an active community volunteer, formerly a kindergarten teacher in the Grand Island School District. 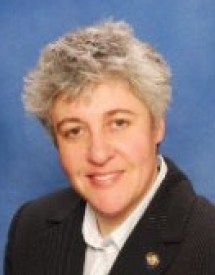 Constantinou is dean of university libraries at Stony Brook University (SBU). She is responsible for providing a unified strategic vision and leading the planning and advancement of the SBU libraries, leading innovation in the libraries’ collection and technologies, ensuring sound management, representing the SBU libraries locally and nationally, and leading related philanthropic efforts.

Constantinou served as the library director and library department chair at the State University of New York (SUNY) Maritime College Library from 2001 until her arrival at Stony Brook in October 2013. Under her direction, SUNY Maritime College Library’s world-renowned rare collections were enhanced with strong museum partnerships and collaborations with professional organizations.

Constantinou also has served in a number of library leadership positions on advisory councils, leading library organizations through ambitious strategic processes, partnerships in resource sharing, and innovative services. She is widely published and as an established public speaker, she has been invited to present her research at library conferences and discipline-specific conferences in the U.S. and worldwide, including China, Cyprus, Finland, Greece, Turkey, Korea, Russia, Ukraine, Croatia, Hong Kong, Spain, Ireland, Italy, and Canada.

Constantinou grew up in Cyprus and holds master’s degrees in library science, as well as in music theory, from Queens College, CUNY. Her work in librarianship and higher education has been globally transformative by removing barriers to access and promoting collaborations across libraries. Twice a recipient of CIES Fulbright awards, as a Fulbright Scholar (2010-11) and as a Fulbright Senior Specialist (2004-05), in partnership with the Universities in Cyprus, she designed and implemented comprehensive information literacy programs, lectured, and developed successful librarian-faculty liaison initiatives.

For her commitment to research and academic excellence at the national and international levels, she has been recognized by the SUNY Board of Trustees as the fifth librarian in the history of SUNY to be promoted to the SUNY Distinguished Librarian Professorship rank. Constantinou is also a member of the Executive Committee of the SUNY Distinguished Academy. 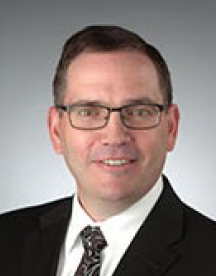 Edmonds is the assistant provost for academic programs at Syracuse University (SU). He is responsible for university initiatives related to institutional effectiveness and assessment. In addition, Edmonds serves as executive director of Project Advance, SU’s concurrent enrollment program.

Previously, Edmonds served as Project Advance’s director from 2002 to 2014. From 2002 to 2006, he served two terms as president of the National Alliance of Concurrent Enrollment Partnerships (NACEP), the governing body for concurrent enrollment programs across the country, including a term as its founding president from 2002 to 2004. Edmonds continued to serve on the NACEP Board of Directors from 2006 to 2008.

Outside of his administrative roles, Edmonds teaches courses in Syracuse’s School of Education and its Whitman School of Management. Edmonds received his PhD in instructional design, development, and evaluation as well as his MBA from SU. 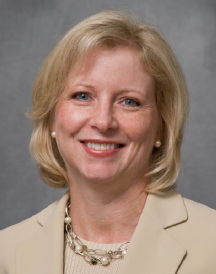 Fulmer is an associate professor at Rutgers University in the School of Management and Labor Relations (SMLR). Her research and teaching are in the areas of human resource management, organizational behavior, and business ethics. She has served as director of the PhD program in SMLR, and holds or has held several other leadership roles within the university and within the broader scholarly community.

She is a former associate editor of Academy of Management Review and of the International Journal of Human Resource Management. Prior to completing her PhD in management (organization studies) at Vanderbilt University, she worked as a CPA and consultant. 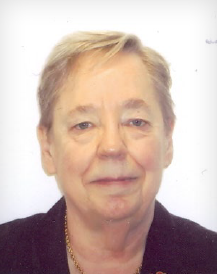 Moss-Salentijn has served on the faculty of Columbia University since 1968, where in addition to her administrative activities (vice dean for academic affairs, and currently vice dean for curriculum innovation and interprofessional education at the College of Dental Medicine), she teaches several courses for medical and dental students as well as residents. Her major teaching contributions are in the courses Human Anatomy; Human Development; and Oral Histology, Growth and Development.

She has pioneered several teaching innovations, including the conversion of the traditional microscopy laboratory into an interactive virtual exercise, lecture podcasting, and flipped classroom conversions. She has received a number of teaching awards including a Presidential Teaching Award (Columbia University 2008). At a universitywide level, Moss-Salentijn functions as co-chair of the University Senate Education Committee and co-chair of the University Senate Faculty Affairs Committee, positions she has held for 19 and nine years, respectively. 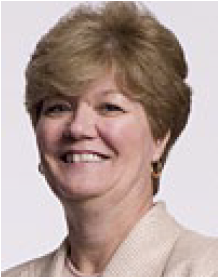 Before her career in higher education, Mulkern worked in public accounting at the firm of Ernst & Whinney and became a certified public accountant. She received her BS in accounting from St. Peter’s College. 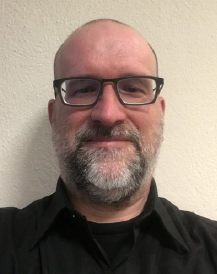 Nelson is the executive director for education and academic planning in the Office of the Provost at the University of Pennsylvania (Penn). His duties include coordinating academic policies and assessment for graduate and undergraduate education, managing new student orientation and the Center for Undergraduate Research, and serving on the oversight team for the university’s Next Generation Student Systems project.

He directed the self-study for Penn’s recent reaccreditation review by the Middle States Commission on Higher Education. He served a four-year term as a House Fellow in Harrison College House and now lives in the Graduate Hospital neighborhood of Philadelphia.

Nelson earned a PhD in history and an MEd in educational theory from Rutgers University- New Brunswick and a BA in comparative literature from the University of Georgia. 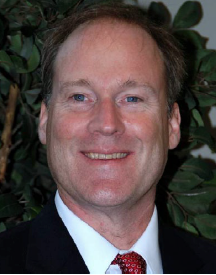 Wolf is the coordinator for educational initiatives at the University of Rochester School of Nursing. In this role, he has been instrumental in expanding the school’s online courses and programs. Within the School of Nursing, he has led the development of infrastructure to support quality and evidence-based online learning in courses and curricula. Wolf has been instrumental in developing a new curriculum for the Master’s in Nursing Education program, and teaches curriculum design, educational theory, and educational methods courses. He is also an acute care nurse practitioner.