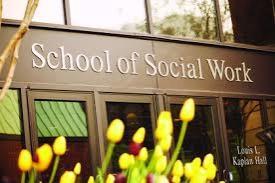 Celebrating more than 20 years of innovative social work practice in the Baltimore area, the Social Work Community Outreach Service (SWCOS) of the University of Maryland School of Social Work was created to expose students to those issues and opportunities in the hopes that they might choose careers serving those populations. To date, close to 1,000 field placements have been developed and supported by SWCOS.

SWCOS concentrates its efforts on vulnerable communities with people who have been marginalized. SWCOS’ mission is to serve as a catalyst for inclusive and effective University/community partnerships that build individual, organizational, and community capacity.

The vision of SWCOS is that Baltimore and Maryland will become socially and economically more robust through sustained University/community partnerships that foster civic-minded leadership and innovative community-engaged education, service, and research.

SWCOS provides students with hands-on experience working on critical social issues in an encouraging, creative atmosphere that prepares them to be leaders in community social work. It also provides those in need with quality services and creates research opportunities to generate new knowledge in social work practice.

Improve outcomes for child and youth victims of human trafficking in Maryland: A $2.5 million grant from the U.S. Department of Justice’s Office of Justice Programs, Office for Victims of Crime to improve statewide coordination and multidisciplinary collaboration in responding to human trafficking involving children and youth. This grant builds on the Child Sex Trafficking Victims Initiative (CSTVI) that was started under a five-year Children’s Bureau grant awarded to the SSW in 2014 and the establishment of the SAFE Center, which has had significant involvement and support from the SSW.

Youth REACH MD (Reach out, Engage, Assist, and Count to end Homelessness) is Maryland's first survey and census of youth and young adults who are experiencing homelessness. The innovative pilot will identify the number of unaccompanied youth and adults 24 or younger who are not living with a parent or a guardian and who do not have a fixed, stable, permanent place to call home. The count took place in October 2015 in Annapolis/Anne Arundel County, Baltimore City, Baltimore County, Hagerstown/Washington County, Prince George’s County, and Somerset/Wicomico/Worcester counties.

Thrive@25 is a $2 million implementation grant from the U.S. Department of Health and Human Services, Administration on Children and Families, Children's Bureau to end and prevent homelessness among youth and young adults with current or prior child welfare involvement. Thrive@25 is the second phase of work that was started under a two-year Children's Bureau planning grant awarded to the SSW in 2013 and is led by The Institute for Innovation & Implementation, in partnership with the Maryland Department of Human Resources, the Talbot County Department of Social Services on behalf of the five local departments of social services on the rural Mid-Shore, and the National Center for Housing and Child Welfare. For a list of more services, visit https://theinstitute.umaryland.edu/.

Ruth H. Young Center for Families and Children (RYC): The center  strives to promote the safety, permanence and stability, and well-being of children, youth, and families in their communities through education and training, research and evaluation, and best-practice service programs. Other RYC highlights.