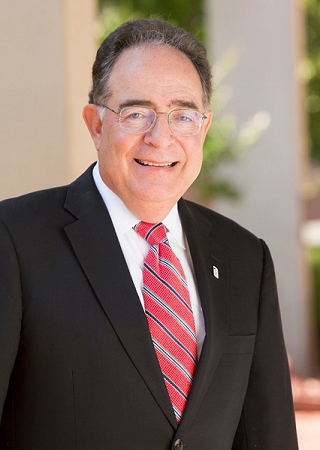 Jay Perman, MD is Chancellor of the University System of Maryland.

As UMB president, Dr. Perman strengthened that institution’s ties to the city of Baltimore, growing innovation-based economic development and spearheading programs to improve the health and well-being of UMB’s closest neighbors. In 2014, he established the Office of Community Engagement to coordinate UMB’s many outreach projects — with special emphasis on West Baltimore — and to leverage resources so that the university could respond quickly and effectively to community needs. In October 2019, ground was broken on a new Community Engagement Center that will serve as the cornerstone of UMB’s engagement efforts going forward. He also launched the UMB CURE Scholars program, which provides intensive mentoring for West Baltimore students interested in the STEM fields. In addition, he championed the award-winning Promise Heights Initiative, focused on preparing West Baltimore children for college and careers, and providing critical supports for their families.

As chancellor, Dr. Perman has committed to advancing higher education affordability for all students in Maryland. He also plans to build on USM’s reputation for educational innovation, particularly in research, economic development, and community engagement. Above all, he seeks to fulfill what he sees as one of his core obligations as chancellor: ensuring that every person in Maryland who wants a college education is able to access it.