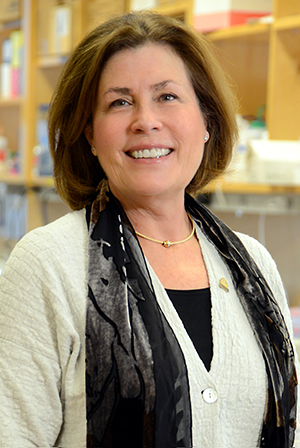 Claire M. Fraser, PhD,the Dean’s Endowed Professor at the University of Maryland School of Medicine, is the director of its Institute for Genome Sciences.

In 2019, she was elected president of the American Association for the Advancement of Science. From 1998 to 2007, she was president and director of The Institute for Genomic Research in Rockville, Md. In 2007, Fraser was recruited to direct the newly formed Institute for Genome Sciences. A world-renowned scientist, Fraser launched the new field of microbial genomics, and, through her groundbreaking research and pioneering leadership in this field, has fundamentally changed our understanding of the diversity and evolution of microbial life on Earth. Her current research is an integral part of the Human Microbiome Project and is focused on how the structure and function of microbial communities in the human gastrointestinal tract change in association with diseases such as obesity and inflammatory bowel disease. Between 1995 and 2008, Fraser was the most highly cited investigator worldwide in the field of microbiology, and her published work has received more than 50,000 citations. Her numerous awards and honors include the Ernest Orlando Lawrence Award (2002), the highest honor bestowed on research scientists by the Department of Energy.