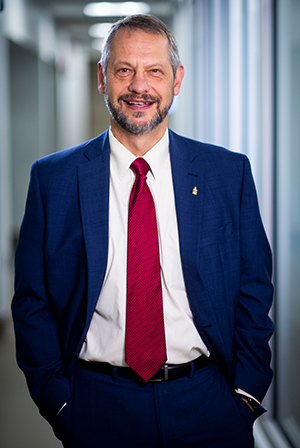 Boris Lushniak, MD, MPH, is a professor and dean of the School of Public Health at the University of Maryland, College Park.

He has launched a new global health initiative to build and expand the school’s education, research, and service activities to improve health across the globe and is prioritizing public health action for civic engagement around issues such as preventing gun violence. A retired rear admiral, Lushniak served 27 years in the U.S. Public Health Service, culminating in roles as deputy surgeon general (2010-15) and acting surgeon general (2013-14). He earned bachelor’s and medical degrees from Northwestern University and a master’s in public health from Harvard University.