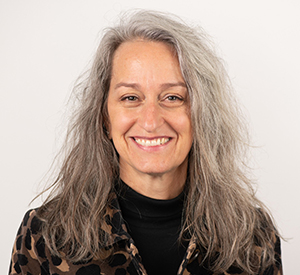 Her promotion from assistant vice president on May 27, 2016, continues her ascendancy in CPA, where she began in January 2008 and became interim assistant vice president in March 2011. A hands-on, do-it-now leader who directs a talented team that prides itself on high quality despite quick deadline demands, Kozak has demonstrated the ability to inspire all aspects of the communications and public affairs department to work together for the schools and administrative units that comprise the University, including many projects for the Office of the President.

Kozak holds a Master of Arts in publications design from the University of Baltimore.
‌