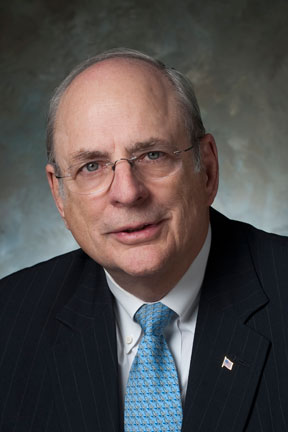 Leadership is not easily defined, but one knows it when one sees it. Leaders come wrapped in widely varying appearances, demeanors, and personalities, but all share certain common qualities. Based on a study of 30 leaders the speaker has known, 12 shared characteristics are defined and analyzed. So, too, is what happens when leadership fails.

Norm Augustine is retired chairman and CEO of the board of the Lockheed Martin Corporation. Before joining Martin Marietta, he served as assistant secretary of the Army (R&D) from 1973 to 1975 and undersecretary from 1975 to 1977. He was a professor at Princeton, his alma mater, from 1997 to 1999.

Augustine has been presented the National Medal of Technology by the President of the United States and received the Joint Chiefs of Staff Distinguished Public Service Award. He has five times received the Department of Defense’s highest civilian decoration, the Distinguished Service Medal. He is co-author of The Defense Revolution and Shakespeare in Charge and author of Augustine’s Laws and Augustine’s Travels.

He has been elected to membership in the American Philosophical Society, the National Academy of Science, the American Academy of Arts & Sciences, the Explorers Club, Tau Beta Pi, Phi Beta Kappa, and Sigma Xi. He holds 33 honorary degrees and was selected by Who’s Who in America and the Library of Congress as one of “Fifty Great Americans” on the occasion of Who’s Who’s 50th anniversary.