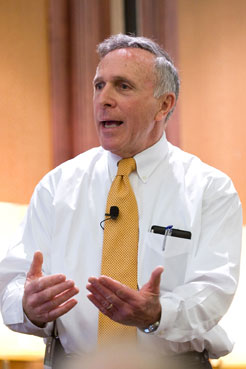 In 1972, he founded what is now known as Shapiro Sher Guinot & Sandler, a prominent Baltimore law firm. In 1976, he founded Shapiro, Robinson & Associates, a sports management firm, and in 1995, he founded Shapiro Negotiations Institute, a negotiation and sales training and consulting firm.

His books include The Power of Nice; Bullies, Tyrants, and Impossible People; Dare to Prepare; and Perfecting Your Pitch.

Photos From EMPOWER with NICE